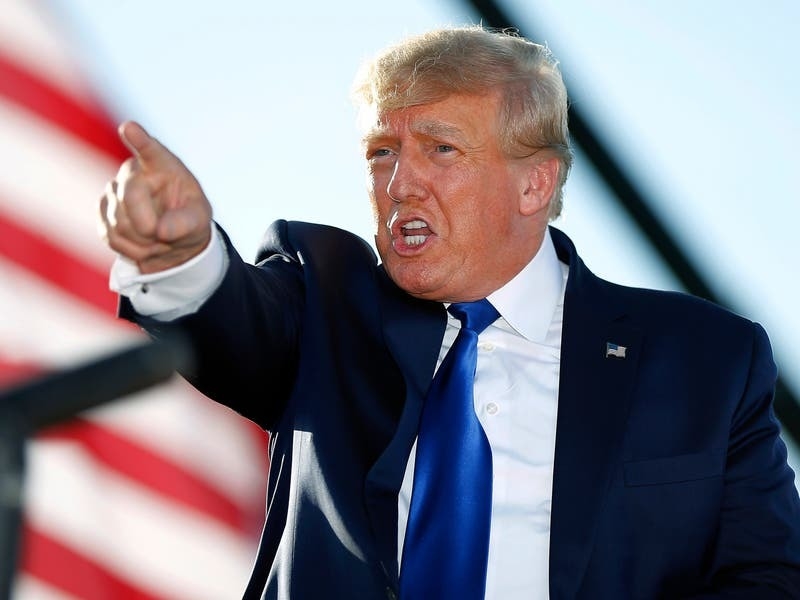 Former US president Donald Trump must answer questions under oath in a New York state civil investigation into his business practices, a state appeals court has ruled.

Mr Trump had appealed, seeking to overturn the ruling. His lawyers argued that ordering the Trumps to testify violated their constitutional rights because their answers could be used in a parallel criminal investigation.

The Trumps could still appeal the ruling to the state’s highest court, the Court of Appeals.

Ms James, a Democrat, has said her investigation has uncovered evidence Mr Trump’s company, the Trump Organisation, used “fraudulent or misleading” valuations of assets like golf courses and skyscrapers to get loans and tax benefits.

This latest ruling could mean a tough decision for Mr Trump about whether to answer questions, or stay silent, citing his Fifth Amendment right against self-incrimination.

Anything Mr Trump says in a civil deposition could be used against him in the criminal investigation being overseen by the Manhattan district attorney’s office.

At a hearing prior to Judge Engoron’s February 17 ruling, Mr Trump’s lawyers argued that having him sit for a civil deposition was an improper attempt to get around a state law barring prosecutors from calling someone to testify before a criminal grand jury without giving them immunity.

A lawyer for the attorney general’s office told Judge Engoron that it was not unusual to have civil and criminal investigations proceeding at the same time, and Judge Engoron rejected a request from lawyers for the Trumps to pause the civil investigation until the criminal matter was over.

Mr Weisselberg and the company have pleaded not guilty.