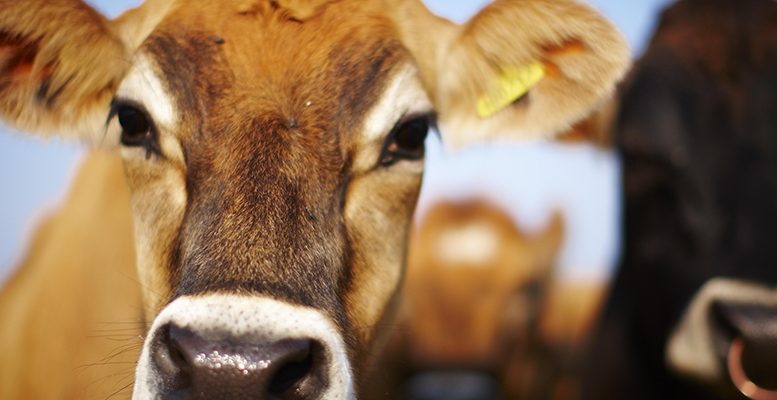 All information in this blog post is correct as of the publishing date,  07.07.17.

When you think of animals roaming around the Channel Islands, chances are that you’re imagining the pretty Jersey Cow. Eyelashes fluttering at you from the south side of a potato field as the smell of seaweed permeates your nostrils and the faint sound of a tractor passes in the distance.

Well, as right as you would be to imagine this picturesque image, the animals that populate our fair island amount to more than just these milk-providing gentle giants.

Given the fact that Jersey has been an island for over 6000 years, there has been time to develop its own state of nature, something that will become apparent on your Jersey holiday. With this being true, it is especially interesting to mention at this point that Jersey has a lot of wildlife that is exclusive to the island, but to the contrary there are some curious exceptions. You won’t find foxes roaming the night streets, you won’t find timid deer looking over their shoulder at you in a woodland glade and you won’t find any badgers poking their inquisitive heads out of forest burrows.

Although the landscapes found here are significantly similar to that found in the UK & France, a certain Je ne sais quoi has developed off the back of our island status. Flora and fauna can differ dependant on locational radius.

The Wild Side of Jersey on Land

The north coast is bold and harsh, gorse and legumes inhabit these craggy rock faces and make it the perfect home for insects and burrowing animals such as rabbits and moles. In a drastic change, the west coast features sand dunes, stuffed with marram grass which plays an important role in the life of green lizards, grass snakes and wood mice. The Green Lizards are especially eye-catching if you can find one in the long grass. Mick Dryden the Chairman of the Ornithology section of Societe Jersiaise and head of Jersey Birds knows the wildlife of Jersey extremely well. He says:

“The Green Lizard is a continental species which does not occur in Britain. Bright green in colour, the male also having a beautiful blue throat in the breeding season, they can be seen, or more likely heard as they scuttle away through the undergrowth, on sandy areas and heaths throughout the island.”

For an island that is only 9×5 miles in size, we have an impressively diverse landscape, and thanks to this our wildlife is sporadically dissimilar to neighbouring countries.

Once you’ve arrived on the island, undoubtedly stumbled across a field of grazing Jersey Cows, taken some pictures, maybe even hand fed them some grass you can begin to look for some other distinct species of animal that make this landmass so unusual. Few people have been lucky enough to encounter regular red squirrel sightings. Interestingly, these are the only variant of squirrel residing in Jersey. They were introduced by local naturalists in 1885 and have colonised our small woodlands ever since. The reason for their sole occupancy is the fact that Grey Squirrels, the reds larger and more aggressive counterpart, were never introduced to the island. If you want to catch a glimpse of these impossibly cute little creatures then you’ll have to almost be as fast as they are, but the best places to try your luck are The Railway Walk from St Aubin to La Corbière Lighthouse, St Peter’s Valley or St Catherine’s Woods.

The infamous Jersey Lily that is associated with the late Lillie Langtry holds an interesting story. This beautiful flower, despite its namesake, doesn’t actually grow wild in the island.  The Lily itself, famed for its unforgettable pale pink blossoms, comes into full budded glory around September. Whilst you’re holidaying in Jersey why not pop to Ransoms Garden Centre and pick up some Jersey Lily Bulbs to take home with you and let the beautiful pink lily’s accent your garden, reminding you of your last trip to our beautiful island.

The Wild Side of Jersey in the Water

An exciting and breath-taking way to get closer to nature whilst in Jersey is to take part in a Seafari. Whilst Jersey is clearly not the only location in the world to have a sea full of dolphins on our doorstep we are graced by having the largest resident population of bottlenose dolphin in the Channel Island area. Richard Stevens from Jersey Seafari’s says:

“The numbers of dolphins seem to be increasing and we see more and more sightings each year. Last year we saw them on 176 occasions! This year we are on track to see them even more.”

Seafaris also offers trip to the Minquiers, a group of rocks and sandbanks belonging to Jersey that are situated about 15km south of the island. Glyn Young, one of Jersey Zoo’s expert keepers says:

“The intertidal zone is massive so rock pools etc. are excellent for a lot of wildlife – on the low tide the Minquiers are bigger than Birmingham! We have several specialities like ormer and two subspecies of Brent geese that winter on this secluded part of the Archipelago (one from Russia and one from Canada).”

Another fascinating way to explore the island and its wildlife is by kayak. To see the island as you gently drift across the surface of the water, changes your perspective. The coastal areas are perfect for bird watching, as the rugged cliffs make suitable locations for nests. The one person who knows this better than anyone is Derek Hairon from Jersey Kayak Adventures.

“Kayaking beneath the cliffs is a fantastic way to see wildlife in its natural environment. Some of my favourite sea birds are the Oyster Catchers, which you’ll hear before you see them. It’s also great to watch the Peregrine Falcons swooping and diving like high performance jet fighters as they fly beneath the cliff-tops in search of prey.”

The Wild Side of Jersey When the Sun Goes Down

As well as orchestrating the Kayak Adventures, Derek also offers Jersey Walk Adventures, which provides walks that offer something a little different and views that not everyone gets to see. Usually you’d think that once the night rolls in, your chance to view the creatures of the island diminishes, well this is not necessarily true. Bioluminescence walks are something extremely special and can open your mind to a whole new world that lives beneath the sand. These small brown worms give off an eerily beautiful green glow and can litter the beaches at night. You can pat yourself on the back if you can successfully pronounce their scientific name ‘Caulleriella bioculata’. Derek:

“Every time I wander into the inter-tidal zone in search of the tiny glowing worms that inhabit a few special spots around our coast I’m amazed. I never get bored watching these creatures glow and sparkle beneath the starlit sky.”

When the sun sets over the beautiful westerly St Ouen’s bay and the island falls to darkness, tiny shrieks of bats can be heard flying overhead. Once your eyes have acclimatised you can see the flickers of these winged mammals. There are 6 or 7 species of bat found in Jersey and they can often be heard before they are seen, screeching through the night and quivering past street lights. Due to the fact that all bat species are considered vulnerable, the conservation of wildlife law provides local protection for Jersey’s bats. Whilst on the subject, did you know that bats aren’t rodents?

Jersey is also home to the Barn Owl. They have golden or buff coloured upper parts with silver grey and white under-parts and a distinctive white heart shaped face.  Females often have darker upper surfaces and small black spots on the underside. These are beautiful animals but don’t expect to hear them hoot at dusk, because unfortunately these animals have more of a screech than the traditional hoot you’d expect to hear. But don’t get it confused with the bat screech, they can be unnervingly similar.

There is a lot about Jersey that makes it special, whether it be the picturesque coastal walks, the drawn-out summer beach sunsets or the fresh local produce, yet it’s the wildlife that makes Jersey a special place to be. It lets you feel closer to the nature that surrounds the modern structures and man-made edifices. Living on an island is always going to present its inhabitants with an interesting environment, but Jersey stands out as having something a little more special to offer its populace and the surrounding world.

The 5 Most Romantic Hotels in Jersey