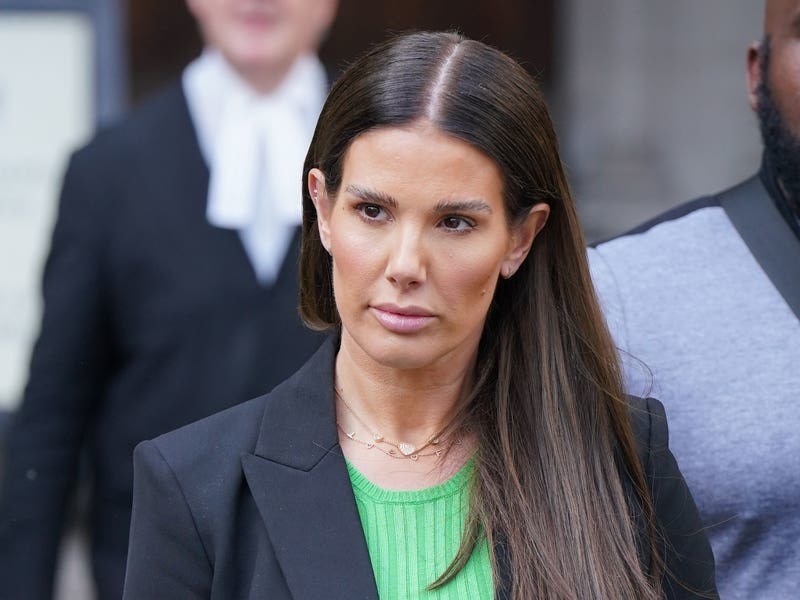 Rebekah Vardy’s failed libel case against Coleen Rooney is an “absolute disaster” for her reputation and “as damaging as it could be”, a media lawyer has said.

Jonathan Coad said the prospects for Mrs Vardy, who is married to Leicester striker Jamie Vardy, of getting endorsements or television work in the future have “suffered severely”.

“But of course, it’s made worse by the fact that she was a volunteer to this and she was the claimant, so she was bringing it.

“But it’s turned out to be about as damaging as it could be because not only has the judge found that what she was accused of doing, she was actually doing, which is not good, the judge has also found that her evidence was unreliable, which is a judicial euphemism for ‘it’s not true’.

“But also, I think that her prospects of getting endorsements and getting television work now have suffered severely, because her brand has suffered so much damage.”

Mr Coad believes it is possible for Mrs Vardy to repair her reputation to some degree as the “public has the capacity to forgive”, but he does not think she will completely undo the damage.

Leading reputation management lawyer Mark Stephens agreed that Mrs Vardy will “rue the day that she ever brought this case” and believes she will be “forever branded a fishwife and gossip as she has been by the judge”.

He told the PA news agency: “She’d be very wise to take a quiet life on a remote island somewhere because whenever she appears in the media, she is always going to be branded with the epithet ‘gossip Rebekah Vardy’, ‘betrayer of confidences Rebekah Vardy’.

“Those kinds of epithets are going to live with her for some considerable time to come.”

Mr Stephens said that although Mrs Vardy will be more gravely affected, he believes Mrs Rooney will not come out of the trial unscathed.

He added: “Coleen Rooney, who was deeply hurt by much of what she read and heard, will be seeing it as a victory but frankly, these kind of Wagatha spats are not really susceptible to public forensic examination in a court of law without it damaging both parties.”

The so-called Wagatha Christie trial became a sensation on social media and in the press as the two footballers’ wives continued to battle out their cases.

Mr Stephens said high-profile celebrity cases such as this and the recent Johnny Depp and Amber Heard trial should serve as a reminder that celebrity reputations are “likely to be seriously damaged” by bringing libel suits.

Ayesha Vardag, a lawyer with reputation and private experience, argued the case may not be entirely a loss for Mrs Vardy as it has brought her media attention.

She said: “This story has meant that everyone now knows who Rebekah Vardy is, and that, for a bright, attractive woman with a strong personality, is a good platform on which she can build new stories.

“The next battleground is the docu-drama. Perhaps Rooney won the war, but it’s still open to Vardy to win the peace.

“These two women are now bigger news than their supermen husbands. That’s quite something. And what they do with that is all to play for.”

Channel 4 recently announced it had commissioned a two-part drama-documentary which will showcase a dramatic reconstruction of the court case.

In her judgment, Mrs Justice Steyn said she found it necessary to treat Ms Vardy’s evidence with “very considerable caution”.

She said there were “many occasions when her evidence was manifestly inconsistent with the contemporaneous documentary evidence” and others where Ms Vardy was “evasive”.

“This inevitably affects my overall view of her credibility, although I have borne in mind that untruthful evidence may be given to mask guilt or to fortify innocence.”