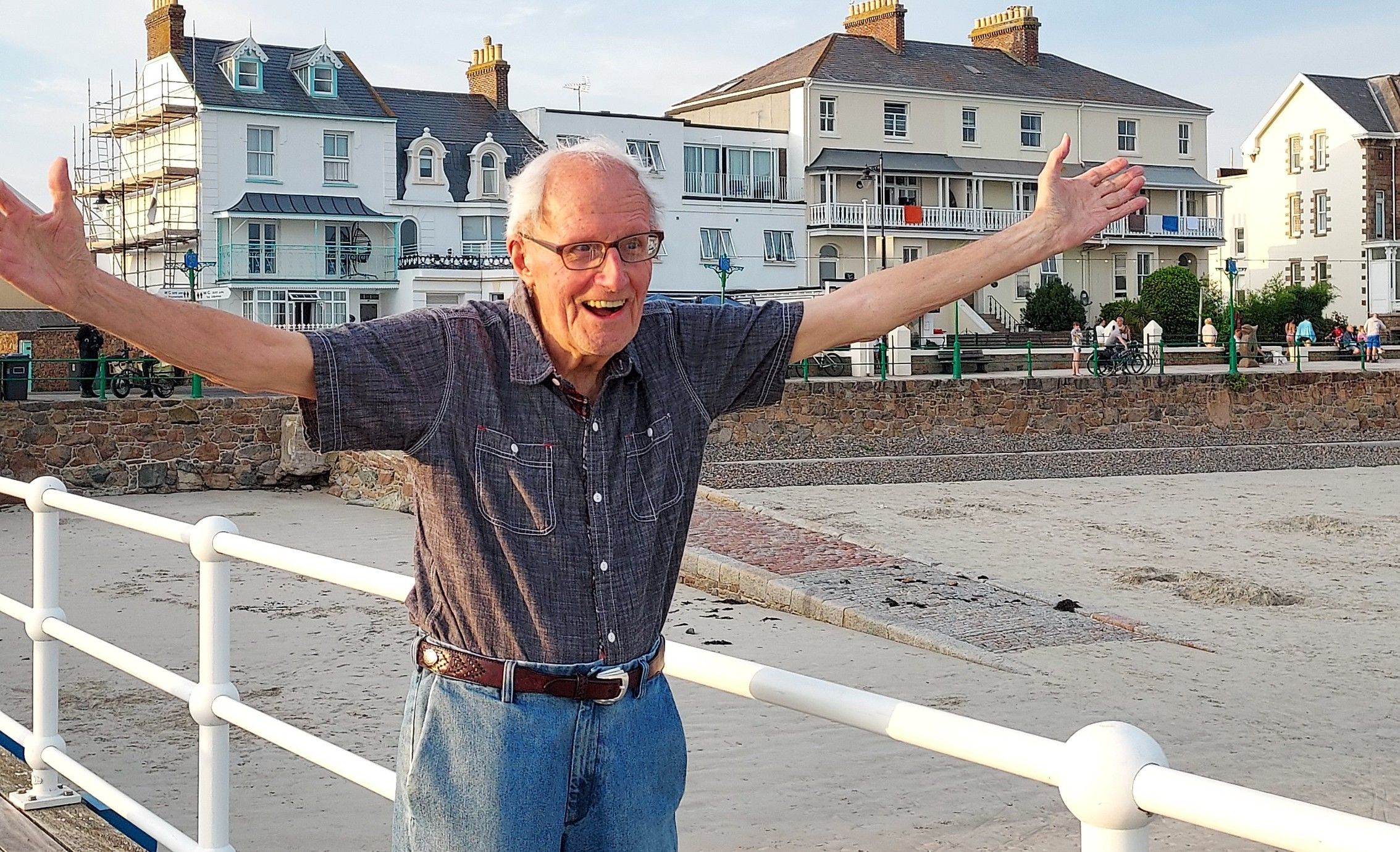 A CHANCE encounter between an Occupation survivor attempting to trace his roots after 75 years away from Jersey and a local woman interested in Island history led to a meeting between long-lost family members.

Frank Wellington, born Frank Nichols in 1938, was orphaned at the age of eight and subsequently left the Island to live with his aunt in Plymouth. He took her surname when she adopted him. Now living in Boston, USA, Mr Wellington and his wife, Sue, decided to return to Jersey in 2020 but were prevented from doing so by Covid restrictions until this summer. Since initially arranging the trip, Mr Wellington’s health and memory have deteriorated and the couple decided to travel to the Island as their final overseas holiday in order to trace his roots and confirm details about his background.

During recent flight delays in London, Mr and Mrs Wellington began a conversation with Islander Andrea Sturgess, who was fascinated by his story.

Ms Sturgess explained: ‘I sat next to them on the aero-plane and was so moved by Frank’s story. They are a lovely couple and I really wanted to help them find the information they were looking for. They didn’t know much about the Island and didn’t really have a plan. I was so worried they wouldn’t find anything after coming all the way from Boston. Sue showed me Frank’s birth certificate and after we landed I searched his parents’ names through the Jersey Archive.’

She was able to trace the graves of Mr Wellington’s parents, Lilian Ethel Davey and William Charles Nichols, to Mont à L’Abbé New Cemetery in St Helier and took the pair to visit.

Mrs Wellington said: ‘Thanks to Andrea’s amazing help we were able to visit Lilian and William’s grave. They [Mr and Mrs Nichols] were buried in the same grave and it would have been very difficult to find, as it was not kept well as there has been no one here to maintain it.’

She continued: ‘Frank is not in the best head space for understanding the emotional side of this trip to find out about his family because of his memory loss, but said that he was happy to see the grave of his parents.’

During their visit to Jersey, the couple were also able to trace Mr Wellington’s family tree on his mother’s side and discovered nine living relatives in the Island, including half-cousin Susan Davey, who they were able to meet before flying home.

Mr Wellington lived through the Occupation and has early memories of having German soldiers as his neighbours when he lived at 9 Kensington Place. He recalls how they showed him his first Christmas tree. He also remembered attending Rouge Bouillon School, and Ms Sturgess helped to track down the dates he was there for 15 months from 1945 and into 1946 before the death of his mother meant he had to move to the UK.

Ms Sturgess also took the couple to visit both the school and site of his childhood home; however, the property at 9 Kensington Place has been rebuilt since 1946. According to Mrs Wellington, her husband had a different image of the area in his memory.

Hopes tourism taskforce can be created in ‘next six weeks’