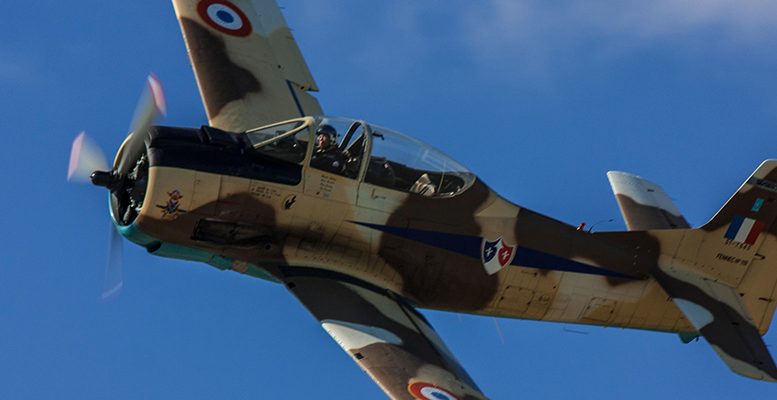 All information in this blog post is correct as of the publishing date,  05.09.17.

For over 62 years, the skies above Jersey have welcomed an annual air display and tens of thousands of people visit the island to enjoy this world-renowned event.

The display is so highly regarded that it has become one of the finest free air shows in Europe and this year those going on Jersey Holidays during the event, which takes place on 14th September, can get up close to some magnificent aircrafts and their pilots.

Here we share some expert tips about visiting the Jersey International Air Display, including what you can see in the display, the attractions you can visit on the day and places you can eat at on the day.

What you can see at the International Air Display

Visit Jersey says this year the Baltic Bees Aerobatic Team will be making their British debut to close the event in what is expected to be a thrilling finale.

There are a number of static displays taking place at Jersey Airport at different times on 13th, 14th and 15th September, while the air demonstrations will be taking place throughout 14th September.

During the day there will be a number of display acts wowing crowds and below are some of the events that you shouldn’t miss.

– The Battle of Britain Memorial Flight – In remembrance of the Battle of Britain, a military campaign during the Second World War when the Royal Air Force defended the United Kingdom against the German Air Force attacks. This display is welcoming a number of aircraft synonymous with this period. The Avro Lancaster, the Hawker Hurricane and Supermarine Spitfire will all be in attendance.

– Swedish Air Force Historic Flight – This display will be dedicated to famous Swedish aircraft and some of the models that will be taking part in the display include; Saab J29 Tunnan, Saab J32 Lansen, Saab SK35 Draken, Saab J35 Draken, Saab J37 Viggen.

– French Connection – the Fouga CM. 175 Zéphyr, Breguet Br.1050 Alize and the Morane-Saulnier MS.760 Paris will all be taking part in this display. You will be able to learn about the history of these iconic French aircraft and what they were used for.

Places to grab a bite to eat

Michelin starred Bohemia Bar & Restaurant has been ranked 11th best restaurant in the whole of the UK in the Good Food Guide 2018 and now is cemented on the international culinary map.

Bohemia is in the heart of Jersey and many believe it is Jersey’s finest dining establishment, which is confirmed by its status as the only restaurant in the Channel Islands to feature in the ‘top 50 restaurants in the UK list. Since opening its doors in April 2004 chef Steve Smith and his 13 strong kitchen brigade have won numerous accolades, all of which are on show at the entrance.

The restaurant offers four distinctive tasting menus combining seasonal, earthy ingredients with refined presentation. Some of the famed dishes include; Turbot with Mussel, Cauliflower, Raisin, and Vadouvan; and Jersey Royal with Wild Garlic and Morel.

Most of the ingredients like the famous Jersey Royal Potato and fresh Scallops are locally sourced from the island of Jersey, while other ingredients are gathered from France, a mere 16 miles away.

The vibrant bar serves a variety of whisky and cognacs as well as unique cocktails such as the Moulin Rouge Champagne Cocktail with fresh strawberries, and the popular Apple & Blackberry Pie.

A homemade Jersey burger or a delicious pizza are just some of the meals you can have at La Fregate Cafe.

If you are just wanting a quick snack on the day of the event you can eat a hot roll, fresh sandwiches, salads and homemade soups. Virtually all of the food comes from local produce such as the steaks, pastries, cakes and pies.

La Fregate Café is a great family café to eat at and it is ideally located on the Waterfront in St Helier.

The Grand Jersey Hotel & Spa is a 5-star hotel overlooking the picturesque St Aubin’s Bay, with 123 bedrooms (including 6 suites) and located just 15 minutes from Jersey airport.

Many of the bedrooms will give you ocean views and all are fully air conditioned, while the award-winning 3 AA Rosette fine dining restaurant, Tassili, and the recently refurbished Champagne Lounge are great to go and eat and drink at.

The Grand Jersey terrace has unparalleled views across the bay and is a wonderful place to sit and enjoy the sun.

If you are after an ultra-relaxing holiday, then the hotel’s spa offers an array of pampering and rejuvenating treatments available in single or dual treatment rooms. The spa has a relaxation lounge, swimming pool, spa pool, and sauna and steam room.

Another great place to stay at during the Jersey International Air Display is the Radisson Blu Waterfront Hotel as it offers easy access to the event.

Located on St Helier’s waterfront, the hotel is within easy walking distance of the town centre and St. Aubin’s Bay. The hotel itself is large and spacious and there is an outdoor terrace where you can enjoy watching the sunset.

The award-winning hotel is widely regarded as one of the best places to stay on the island.

If you have arrived a few days before the International Air Display there is plenty of attractions you could visit during your stay and here are some ideas.

Here you can uncover stories of Jersey’s colourful history; from the Ice Age through to the German Occupation.

The Jersey Museum & Art Gallery only costs £9.95 to ender for adults and teenagers who are 16 and over, while children under six-year-olds can enter the museum for free.

Located in St. Helier, you can visit the museum on the day of the event for a few hours or if you want to take your time you can visit it the day after the International Air Display to see the history from 250,000 years ago.

One of the main exhibitions at the museum is Bergerac’s Island, a display looking at the 1980s fictional Bergerac television series. The star of Bergerac, John Nettles, will introduce you to some of the fascinating stories in Jersey from the 1980s as well as the display featuring items from the show such as Bergerac’s famous car.