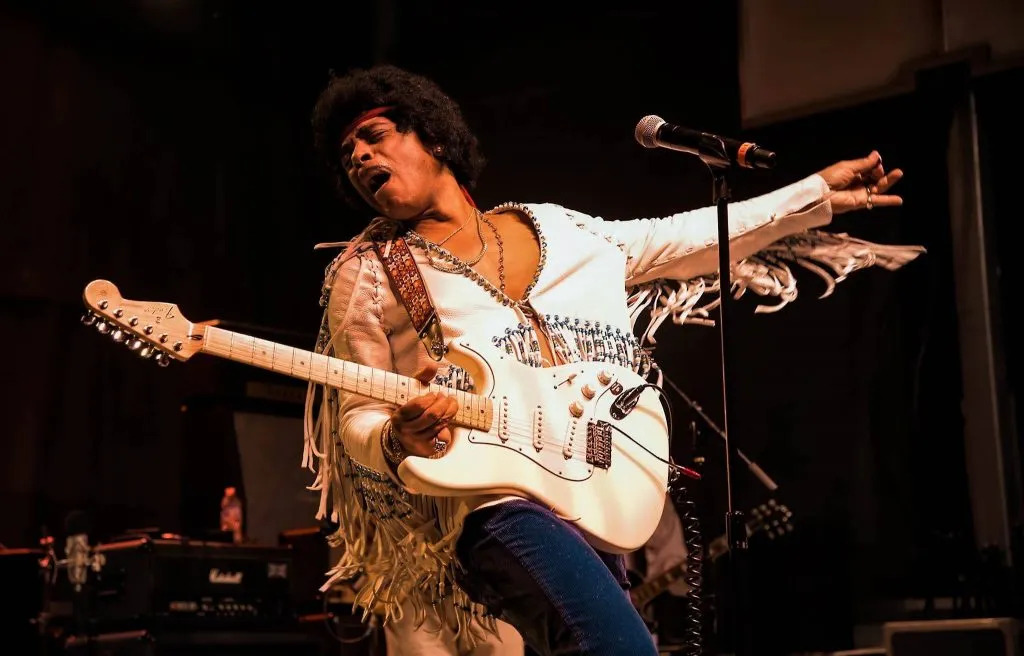 Experience the music of Jimi Hendrix with Kiss The Sky as they take you through Jimi’s career through the Woodstock era. They are the ONLY Hendrix tribute with stage sets of replica gear and backline rigs accurate to Jimi’s most classic concerts.

Juma Sultan, Hendrix Percussionist – 1969 Woodstock band – the Gypsy Sun and Rainbows
“When it comes to performing Jimi’s music, I don’t impress easily and there is no question that KTS is the most detailed and historically accurate Jimi tribute show I’ve seen. Jimy Bleu truly brings the Hendrix spirit to the stage. And that is no small task. They have my full endorsement.”

Katie Daryl, Host and producer of AXS-TV show The World’s Greatest Tribute Bands: “Kiss The Sky is spectacular! So often with tribute bands people say close your eyes, they sound just like them, but with Kiss The Sky you MUST keep your eyes open because the guitar playing, vintage gear, costumes and stage presence of the band is so very precise and out of this world your jaw will drop!”

The ONLY Hendrix tribute gaining the spot-on classic HENDRIX sound LIVE through replica 1960’s era instruments and gear that Jimi himself made famous: