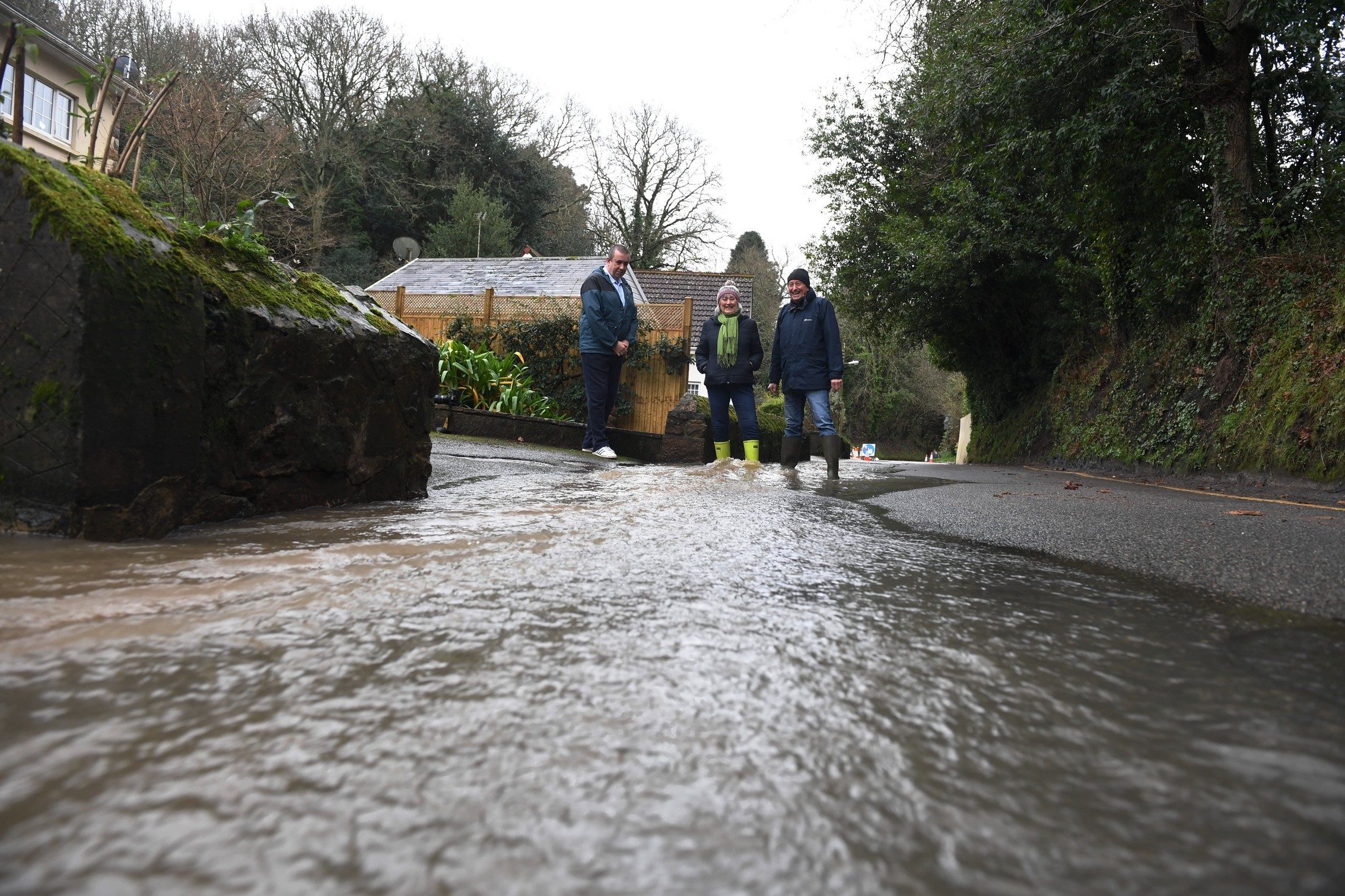 RESIDENTS are calling for the parish of St Helier to take urgent action to tackle flooding in Vallée des Vaux – claiming it has blighted the area for almost three decades.

Heavy rainfall can see parts of the road completely submerged, with water overflowing from an adjacent stream, creating a hazard for drivers and pedestrians.

Tony Allchurch, a member of the Vallée des Vaux community group, said one mother had had to be given a wooden board so that she could walk across her driveway with a pram.

‘They [the parish] were trying to direct the water down the side of the road until there was a place it could fall back into the stream, but a lot of the bollards have just moved out of position and the few sandbags that were trying to hold it in place just could not cope,’ he said.

‘You have to be careful because water has surprising force.

‘I think they [the parish] are trying to mitigate the effects of water on the road but they have avoided taking direct action to address how it gets on the road – which is to do with a bridge.’

He added that the issue had been occurring on and off for almost 30 years, and had become a ‘substantial concern’.

‘We want the water in the stream – not running down the road.

‘When I pull the curtains back first thing in the morning and look out at the stream and the road, I wonder what it is going to be like. It has now extended further; it is running down the road again for probably 300 metres,’ he said.

St Helier officials are considering creating gulleys in the area to stop water overflowing from an adjacent stream and becoming a hazard to road users.

Silvio Alves, the parish’s head of infrastructure, said his team had been trying to direct the water back into the stream and had used sandbags to help mitigate the flooding.

He said: ‘Vallée des Vaux does occasionally flood when there is very wet weather due to the stream overflowing. There are a couple of bridges that are potentially causing the issue and the parish will be investigating this further in the new year. We have got a possible solution. We may add some gulleys down there, but we will work with the stream owner and the residents to find a workable solution.’

Christmas is saved after a nightmare ten-hour flight