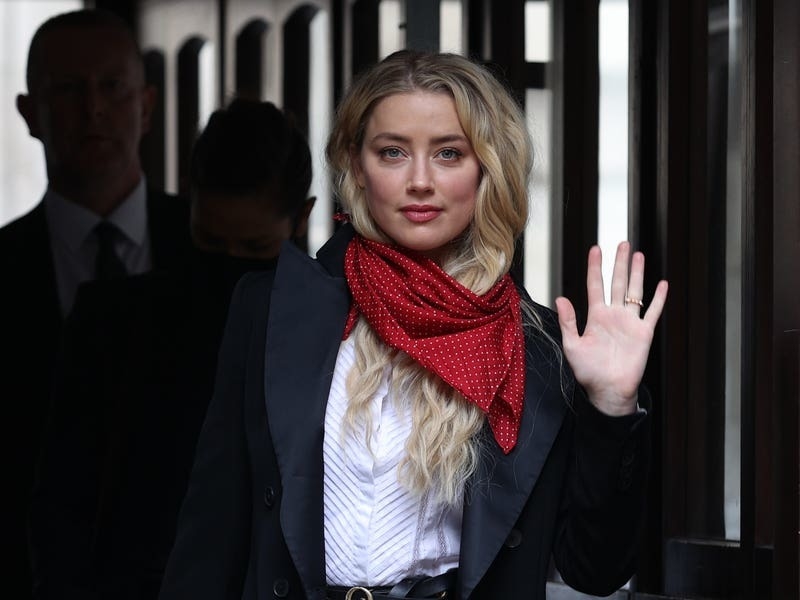 Amber Heard has celebrated her daughter’s first birthday as she marked “the greatest year”.

The Aquaman actress shared the surprise news she had become a mother last July when she revealed she wanted to have a child “on my own terms”.

She said she had named her daughter Oonagh Paige Heard and she was born on April 8.

Marking the child’s first birthday with a photo of the pair sitting on the floor surrounded by pink balloons, she wrote: “My little O is a year old today. I still can’t believe you’re here. The greatest year.”

Making the announcement she had welcomed a child last year, she wrote: “Four years ago, I decided I wanted to have a child. I wanted to do it on my own terms. I now appreciate how radical it is for us as women to think about one of the most fundamental parts of our destinies in this way.

“I hope we arrive at a point in which it’s normalised to not want a ring in order to have a crib. A part of me wants to uphold that my private life is none of anyone’s business. I also get that the nature of my job compels me to take control of this.

“My daughter was born on April 8, 2021. Her name is Oonagh Paige Heard. She’s the beginning of the rest of my life.”

Heard welcomed her first child less than a year after a high court justice in London ruled that a newspaper column calling her ex-husband Johnny Depp a “wife beater” was “substantially true”.

The battle between the former couple will continue in a US courtroom this month after Depp launched a 50-million dollar (£39m) defamation lawsuit against Heard following her op-ed in the Washington Post in December 2018, in which she described herself as a victim of domestic abuse.

The trial is set to begin on April 11 at the Fairfax County courthouse in Virginia.

Both Depp and Heard are set to give evidence in person.